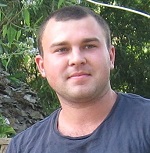 Project manager aeromagnetic survey with UAV, GeoscanGoglev Dmitry Alekseevich. Born on August 6, 1987 in Leningrad. Later, together with his parents, he moved to the city of Veliky Ustyug, Vologda region. He studied at the gymnasium number 10. After graduating from school, he entered the St. Petersburg State Mining University, a geological survey department specializing in geophysical methods of searching for minerals. After graduating as a mining engineer for 8 years he worked in engineering and geological surveys. Since 2017, he has been the Project Manager of the aeromagnetic survey with the UAV of the Geoscan Group of Companies.

This report presents the experience of Geoscan in the use of unmanned aerial vehicles in magnetic exploration. Magnetic survey is one of the oldest geophysical methods, without which practically no search for minerals can do without today. As one of the leading developers of software and unmanned aerial systems and realizing all the advantages of using UAVs, we developed a rubidium quantum magnetometer and installed it on a unmanned aerial vehicle of the Copter type Geoscan 401. The first test flights conducted in October 2017 confirmed high efficiency both the created magnetometer and the system as a whole. Thanks to the achievements of the company in the field of building accurate maps of the area, it became possible to perform magnetic surveys at extremely low altitude with a detailed rounding of the terrain. At the moment, the magnetic survey with the UAV is actively used by leading exploration companies in Russia. During the field season of 2018, almost 3,000 km of magnetic surveys were performed with a rounding of the relief for various geological exploration tasks. The standard error in all papers exceeded all expectations and turned out to be less than 0.5 nT. Recently, an increasing number of companies are showing interest in new technologies, including geophysical surveys using the UAV. According to forecasts, soon magnetic prospecting with a UAV will considerably press the ground survey and even practically replace it.