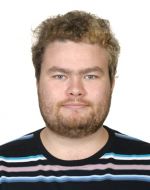 The State Reserve Balance in the USSR was necessary to provide the country's metallurgical complex with raw materials. Stable fixed prices for raw materials were consistent with constant figures for assessing reserves of deposits. Once approved reserves may remain indefinitely unchanged in the State Balance until their new revaluation. The change in balance reserves by the value of their production is not their revaluation. Reserves not reviewed based on economic or technological conditions changes. The market reserves at the moment is characterized by wide variability of commercial conditions. And this is reflected to the volume of the reserves of the field. It is assumed that implementation of the transition to international standards using the CRIRSCO template will include: - preservation of the State Reserve Balance on the notification principle; - independent expertize of the reserves by the expert community. On October 31, 2017, the State Committee for Industry, Energy and Subsoil Use, the Kyrgyz Mining Association and the CRIRSCO Committee signed a Memorandum on the implementation of the international standard of results of exploration and resource estimation in the Kyrgyz Republic. On January 12, 2018, the Working Group of the implementation CRIRSCO template was created. At the 2nd meeting of the Working Group on August 9, 2018, the Implementation Plan was approved, according to which KyrRC Standart and Independent Experts will be realized till Mid of 2020.